As we celebrate National Lutheran Schools Week, Trinity is telling the stories of our students, families and alumni. These current and former families are illustrating first hand why Trinity is the perfect place for them. 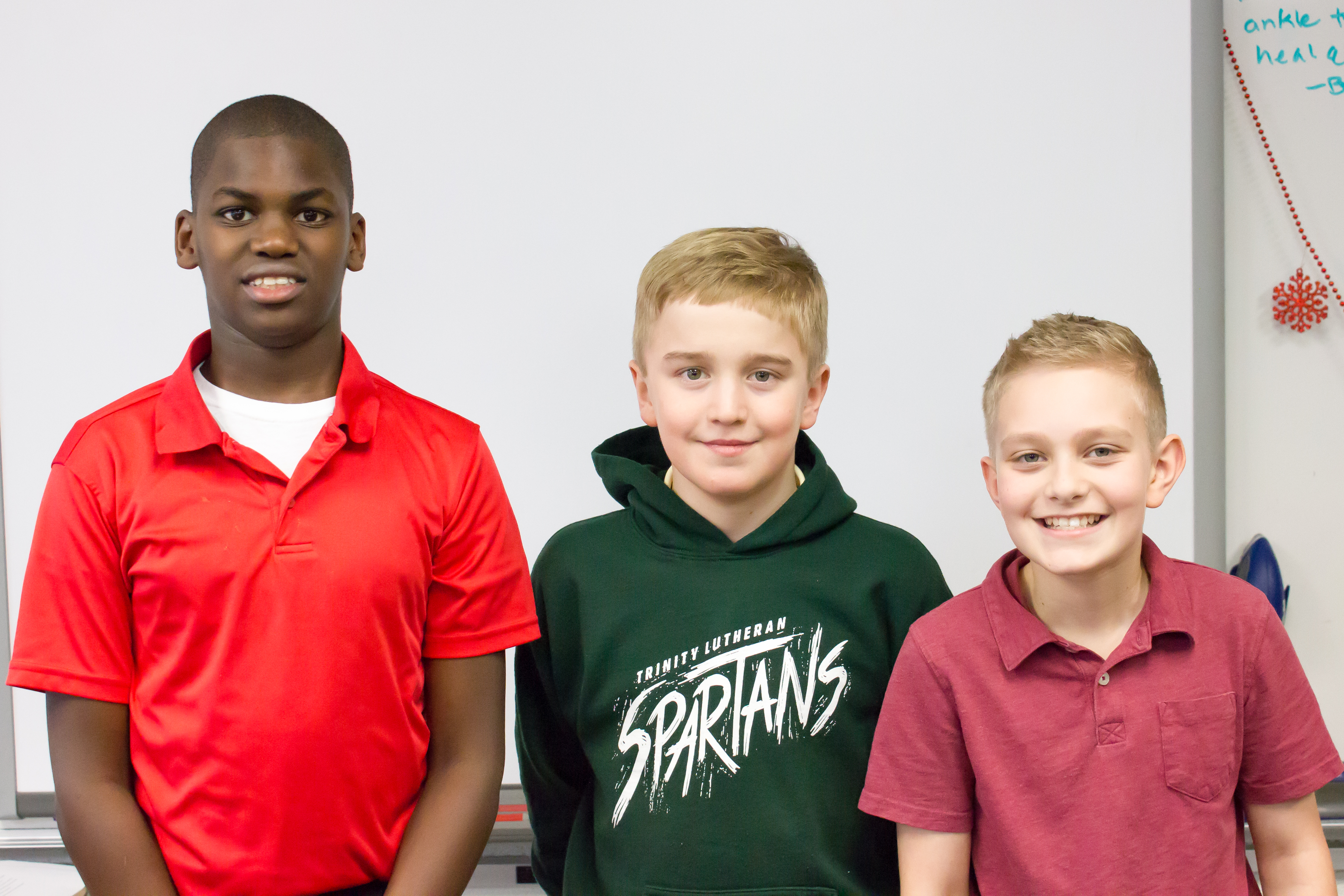 This week, Trinity sixth grader Jeremiah Wiggins is celebrating his 12th birthday. While this may not seem like a significant milestone to many, for the Wiggins family, it's a day they didn't know for sure would happen. Through his parents' dedication to their son, Jeremiah's tenacity and the community at Trinity--not only is Jeremiah alive, he is thriving.

At birth, Jeremiah was deprived of oxygen for 15 minutes.

Immediately after birth, Jeremiah was rushed to Children's Hospital in Detroit and admitted to the Neonatal Intensive Care Unit. His mother, Edda, remained at McLaren Macomb, awaiting word on her baby boy.  His father, Will, said he met with the doctors, who gave him a bleak prognosis.

"I told the doctor, 'I'm an optimist, but I'm a realist too,'" said Will. He said he told the doctor he realized 15 minutes without oxygen was a long time. The doctor told Will that she didn't know what to expect in the long term.

"He's definitely defied a lot of the odds, by God, but he still has more to do," said Will.

After 21 days in the NICU, Jeremiah finally went home with his parents.

His body was impacted by the lack of oxygen. The official diagnosis was Cerebral Palsy.  He has left side weakness that mimics that of the effects of a stroke, limiting his strength and coordination on that side of his body. There is also irreversible brain damage that impacts his speech and motor skills.

For a year after he was born, Will and Edda Wiggins had a nanny to look after their son in their home.

"We wanted someone to be there and walk with Jeremiah through his journey," said Edda. However, after a year, her husband began to wonder if their son needed more.

"Kids learn with other kids. When you are among your peers, you want to do things because they are doing things," said Will. He thought that putting Jeremiah into a childcare program would help his son progress even more than he already had.

Edda began looking for childcare centers in the area. While she wasn't familiar with options in the community, a friend referred her to Trinity's Early Childhood Center. When she called the ECC, Edda was told there was only an opening for four days a week, while she needed five days, she decided to visit the center anyway.

"By the time I came to see Mrs. Pitters, there was a five-day opening. I thought it was a sign," said Edda.

The Early Childcare Center workers took to Jeremiah, and despite his failure to meet certain milestones as quickly as the other children, they included him in any and all activities.

"His teachers Miss Marion and Miss Carmen really helped him. Miss Marion carried Jeremiah every where and involved him in everything," said Edda.

Jeremiah continued through the Early Childhood Center, in the toddler and transition rooms and eventually into preschool. For kindergarten, there was no question that Jeremiah would continue on into Trinity's school.

"When we first started here, we weren't sure of his limitations," said Edda. With the help of Trinity, the Wiggins family has collaborated with the local school district, L'Anse Creuse Public Schools, for speech and occupational therapy services. Edda said Principal Julian Petzold didn't stop there, he was able to secure resources through the public school to help Jeremiah be as successful as possible in the classroom at Trinity.

"They have made modifications, but they still make Jeremiah accountable," said Will. That's the environment his parents want for him, Will said. Despite his limitations, Jeremiah is still held to high standards by his parents. He still has chores like laundry, making his bed and helping around the house. And, he plays sports. 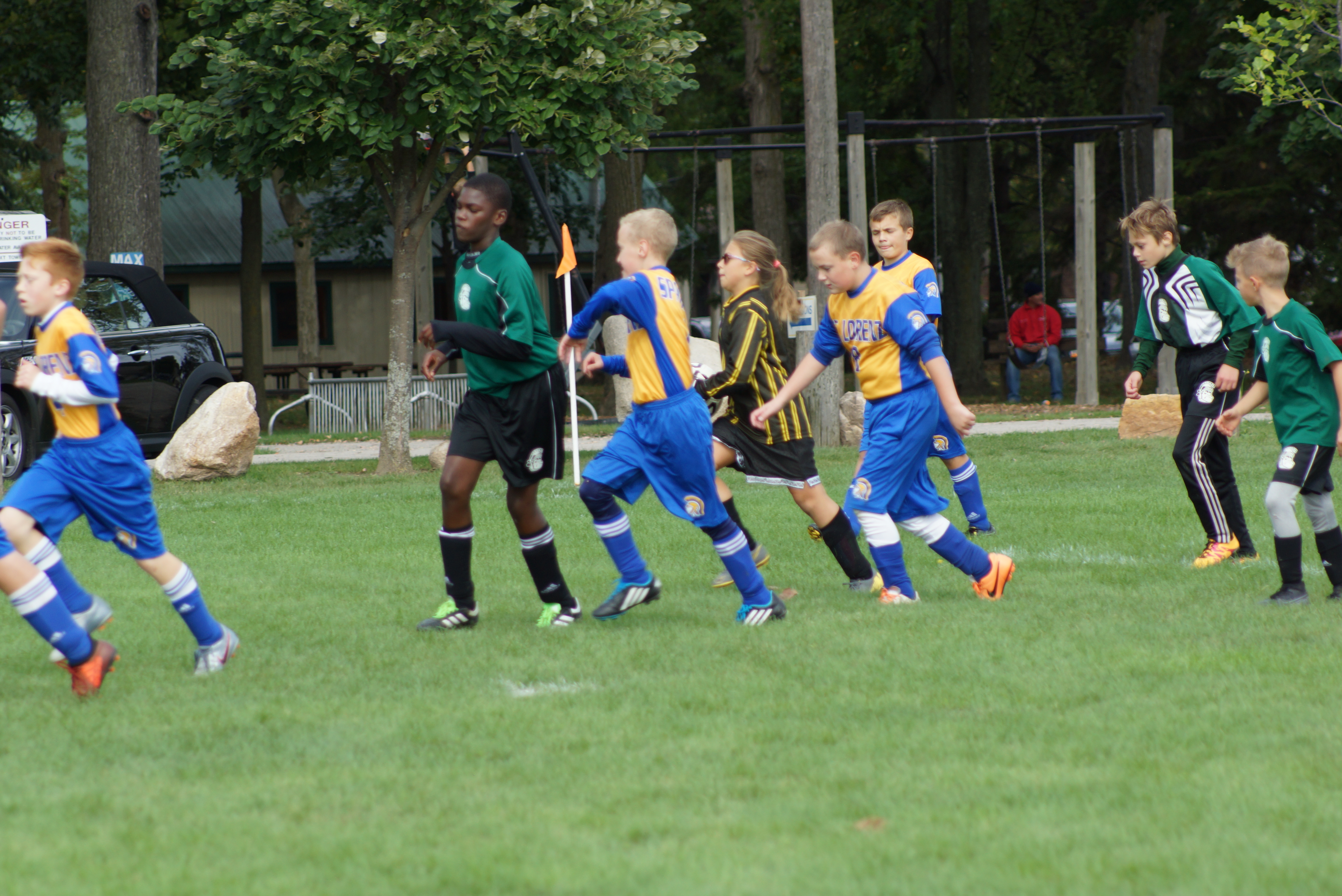 Outside of Trinity, Jeremiah has been involved in AYSO for soccer and the Boys and Girls Club. He also takes swimming lessons at the YMCA.  At Trinity, Jeremiah is in Boy Scouts and has played in the Upward Basketball program. He has also participated in the Cooking Club after school. For the last two years, he has been able to play for Trinity's soccer and basketball teams, and he's also singing in the choir and playing the trumpet in the band, which his parents say is helping with his breathing and coordination.

Will said Jeremiah didn't realize that he had limitations until his parents told him that things might be more difficult for him because the Cerebral Palsy and lasting brain damage. While Jeremiah didn't notice his limitations, it seemed neither did his peers. In fourth grade, students began to ask questions about why he was different, so Mrs. Seevers, the fourth grade teacher, invited him to create a presentation for his class about his Cerebral Palsy and how it makes him unique. His parents were there and helped him answer any of their questions.

"Jeremiah has never had to come home crying because someone was picking on him," Edda said. "He really has a tight knit group of friends that have grown up with him. They speak to him like they would everybody else. They play video games with him at home. He loves being here and he always has."

Jeremiah still goes to Children's Hospital for regular tests and meetings with his doctors. His parents work with him on speech and tasks, such as cutting with a knife--however, they have learned that repetition and practice are key to help their son have a successful outcome.

"Jeremiah is a medical miracle. He's thriving all around. We've been blessed to be surrounded by a village of supporters at Children's Hospital and at Trinity," said Edda.

If you know someone interested in a Lutheran education at Trinity's school or Early Childhood Center, let them know that our 2020 Open House will be held on Sunday, Feb. 2 from 10:30 a.m. to 1:30 p.m. They have the opportunity to tour the school, see our classrooms and meet with teachers. For more information, call the school office at 586-468-8511.

Students help at Family of God