As we celebrate National Lutheran Schools Week, Trinity is telling the stories of our students, families and alumni. These current and former families are illustrating first-hand why Trinity is a great place for a solid Christian education. 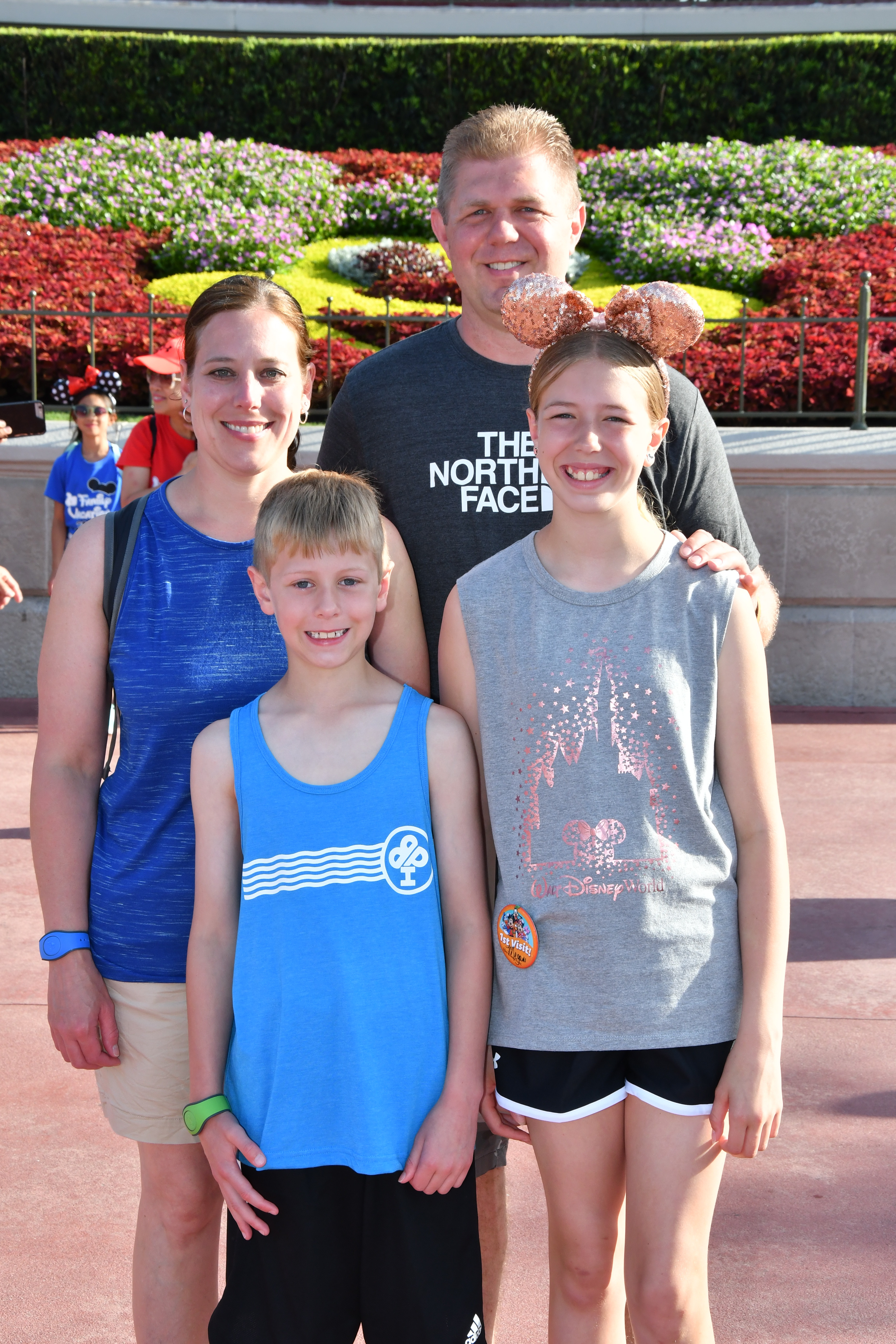 When it came time for Mark and Melissa Rocker to select a school for their children, there really was no other option. Trinity had become a tradition.

As long as he can remember, Mark said Trinity has been a part of him, and he wanted that same experience to live on in his children as well. One of the most important elements was the family aspect.

“Being with the same class for nine years allows students, parents and teachers to forge long-term friendships. Getting to see everybody at school, church, sporting events and other after school activities, it really does feel like we’re part of a ‘family.’ This is the way it was when I went to school at Trinity and it’s the same way today,” said Mark.

While Mark said the sense of community is similar, there are some things that have changed. The additional of the Early Childhood Center and Community Center. He said Trinity of today is geared toward more family involvement in a student’s education, including teacher blogs, e-mail, reminder texts and apps, social media and real-time class progress tools. Mark said the changes in that side of Trinity keep him more connected to what his kids are doing on a daily basis.

“Walking into Trinity is like a time capsule to me, but in a good way. There are many familiar sights, sounds, smells and of course Mr. Anders is still there, now teaching my daughter,” said Rocker.

With a daughter in sixth grade, Mark is reminded of his memories of that time in his life.

“One of my favorite memories at Trinity was going to sixth grade camp. As many current sixth graders would probably agree, camp was a very exciting and awkward time. For me, it marked my first real taste of independence, but at the same time, I had to live with all these people that I saw every day,” said Mark. He said he enjoyed all of the activities, projects, campfires and even class gossip that camp along with sixth grade camp.

“I was able to form many friendships and create so many memories that it’s hard to list them all. I think there may even be a few basketball trophies store away somewhere,” said Mark.

After completing eighth grade, Mark went on to attend Mount Clemens High School, which he describes as a “bit of a culture shock, but overall a good experience.” He said while he was attending public school, he was able to lean on his experience at Trinity, which he said prepared him not only for high school, but also college and his career.

“Attending Trinity has provided me with a good foundation that I try to apply in every aspect of my life. Concepts like honesty, integrity, and treating others how you want to be treated are just a few things that were ingrained in me. But of course, staying centered in Christ is the glue that holds it all together,” said Mark.

Besides having a family connection, the Rockers felt it was important that the kids receive Christ-centered education.

“We liked that Trinity was somewhat ‘old school,’ but still offered many modern areas. Personally, I like the fact that the students still say the Pledge of Allegiance, learn cursive, raise the flag and even pray--all while getting a top-notch Christian education,” said Mark.

As his kids go through Trinity, Mark said he hopes that they realize education isn’t just about reading, writing and arithmetic. He also wants them to learn respect, problem solving and develop relationships.

“More importantly, I want them to grow in their faith journey and share their love of Christ with others. In the soon-to-be crazy world of high school and college, I hope they’ll be able to reflect back at what a special time they had at Trinity,” Mark said.

If you know someone interested in a Lutheran education at Trinity's school or Early Childhood Center, let them know that our 2020 Open House will be held on Sunday, Feb. 2 from 10:30 a.m. to 1:30 p.m. They have the opportunity to tour the school, see our classrooms and meet with teachers. For more information, call the school office at 586-468-8511.

Students help at Family of God